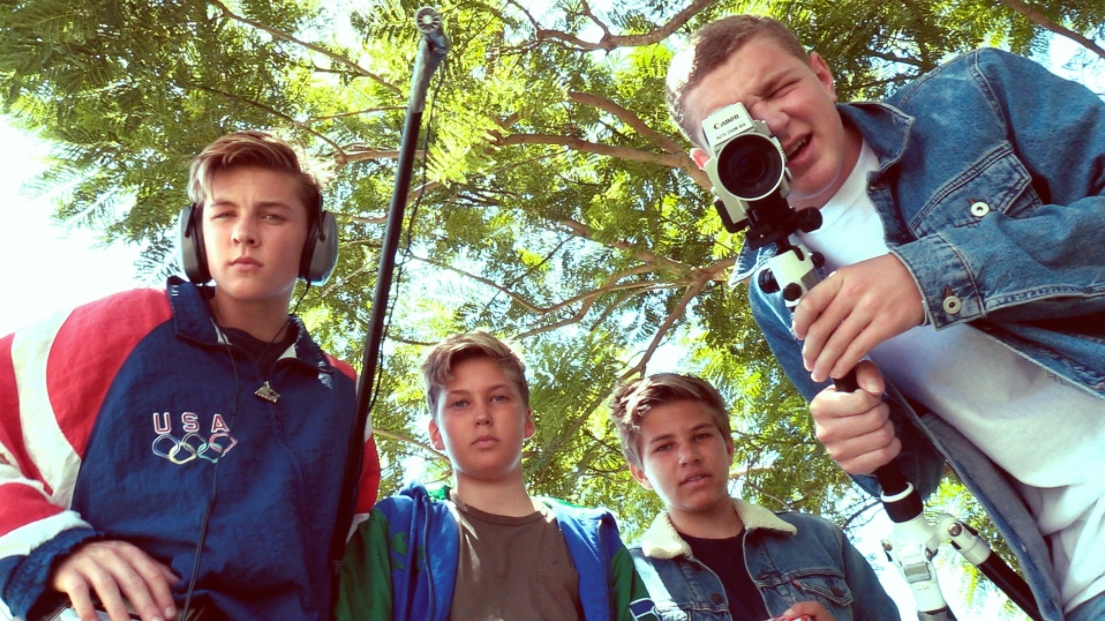 Stowe, VT April 13" Scout Film Festival (Scout) is participating in A Community Thrives, a fundraising project on CrowdRise, the largest crowdfunding platform for good. A Community Thrives is a USA TODAY NETWORK nation-wide program that is focused on helping organizations related to wellness, arts & culture, and education. Participating organizations will compete for $600,000 in available grant money. Scout has joined the project on CrowdRise in hopes of raising money to support our Young Filmmaker Scholarship Fund.

In September 2015, the first Scout Film Festival (Scout) launched through an open call to young filmmakers worldwide. Founded with the vision of providing a platform for young voices to connect, Scout has developed into a global community network of thoughtful, creative dreamers, industry professionals and supporting sponsors and volunteers who believe in empowering young filmmakers - future leaders.
Since then, over 4000 filmmakers aged 24 and under from over 105 countries have submitted their short films. Each year Scout continues to attract high-caliber content for screening, award-winning film industry leaders to sit on our jury, offer workshops and mentorships and dedicated volunteers who keep us going on the ground.
The project we propose through the ACT grant is to enhance the level of connections and community created through Scout by offering a Young Filmmaker Scholarship for the award winners "“ as well as other qualifying applicants "“ to join in-person for the festival weekend.
"Scout has a meaningful impact on our international roster of filmmakers, bringing as many of them together as possible is a big part of our mission. We offer a home where emerging storytellers become empowered with access to resources, opportunities, and a community of like-minded peers." said Anna Colavito, Scout Founder and Director. "Each filmmaker who submits to Scout brings a worthy story and a new perspective. Film is their voice and we hear them."

A Community Thrives on CrowdRise runs through May 11th at 11:59am ET. Scout Film Festival must raise at least $3k during this online fundraising campaign to be considered for one of 16 grants awarded by the Gannett Foundation:

To help Scout receive a grant from A Community Thrives, please visit
https://www.crowdrise.com/o/en/campaign/scout-film-festival before May 11 to learn more and make a donation. No amount is too small.


ABOUT SCOUT FILM FESTIVAL
Scout Film Festival is a nonprofit 501(c)3 organization dedicated to offering young artists exposure, educational opportunities and access to a network of peers and industry professionals. Our mission is to encourage creative work, connect young filmmakers with their peers, engage youth in taking action and celebrate the open expression of emerging filmmakers worldwide.
Scout produces an annual international event that celebrates and empowers emerging filmmakers through short film. The three-day event presents films, workshops, talks, youth art and music and an awards ceremony "“ all at the beautiful Spruce Peak Performing Arts Center and Spruce Peak Pavilion. Scout offers a platform for youth voices and talent around the world, giving validity and strength to young people who focus their energy on building meaningful connections through their art, through film and storytelling.
Third Annual Scout Film Festival - January 11-13, 2019
Stowe, Vermont, USA
ABOUT ACT
A Community Thrives (ACT) empowers communities to take on local challenges and share the issues important to them around education, wellness, and culture. ACT does more than just provide grant money to local organizations. Powered by USA TODAY NETWORK, the program surfaces local issues on a national platform. ACT brings communities together and gets people to take action. This unique program is building a culture of change agents by empowering communities to connect, act, and thrive. To learn more about A Community Thrives, visit act.usatoday.com.

ABOUT THE GANNETT FOUNDATION
The Gannett Foundation is a corporate foundation sponsored by Gannett Co., Inc. and serves to link the corporate mission and purpose with communities in which we operate. Through its Community Grants and A Community Thrives programs, Gannett Foundation supports nonprofit activities impacting residents in the communities in which Gannett does business. Through its other initiatives, the Foundation invests in the future of the media industry and encourages employee giving and volunteerism.

ABOUT CROWDRISE
CrowdRise is the world's largest crowdfunding platform dedicated exclusively to charitable fundraising. Used by millions of individuals, tens of thousands of charities, hundreds of companies and many of the most famous artists and athletes in the world, CrowdRise enables people to creatively leverage their resources and networks to unlock the power of the crowd to support positive social missions and create massive impact.

Founded by actor Edward Norton, film producer Shauna Robertson and Robert and Jeffrey Wolfe, CrowdRise has conceived, implemented and powered campaigns that have raised hundreds of millions of dollars to date. For more information visit www.CrowdRise.com. In January 2017, CrowdRise merged with GoFundMe to offer both people and organizations the best fundraising tools for any cause they care passionately about.